Accept
More Information
Use of Cookies
This site uses its own and third-party cookies to offer a better experience and service to the user. By browsing or using our services, you agree to our use of them. You can change the cookies settings at any time.
BIOGRAPHY 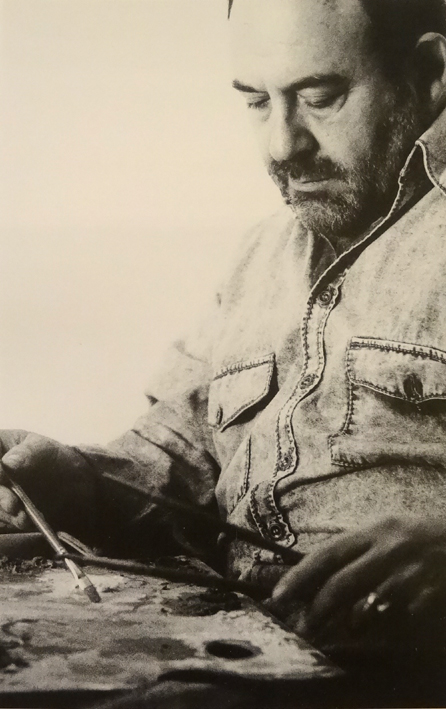 I start my professional career in September 1956 creating the S.F. character Ray Comet for the French editor ARTIMA through the SELECCIONES ILUSTRADAS Agency. In late 1957 I collaborate with the English Fleetway Publications drawing romantic stories for VALENTINE, MARILYN and ROXY magazines. From 1960 I make war stories for the Air-Ace series from the same publisher and from the mid-60s I alternate cartoons with full color covers of genre, detective, western, romance, war, etc., and illustrations for the interior pages of women's magazines for the Nordic countries, the Netherlands and Germany.

In the early 70s I start my collaboration with U.S. publishers, in comics with my own stories for the VAMPIRELLA and CREEPY magazines by WARREN Publishing, and as cover artist with DELL, BANTAM, SIGNET, ACE, RANDOM HOUSE, NEW AMERICAN LIBRARY, MC. MILLAN, etc.

In the middle of that decade I create EL HOMBRE DE CUBA for CEPIM, Italy, and I create the didactic juvenile book collection CIENCIA Y AVENTURA for AFHA, Spain, international co-publishing, with titles such as LOS INVASORES DEL CUERPO HUMANO or VIAJE AL MUNDO SECRETO DE LOS INSECTOS, of which numerous editions are made and for which I receive various awards. At the end of that decade I create ZORA Y LOS HIBERNAUTAS,              also as an international co-publishing, and then DRACULA, LA LEYENDA DE LAS CUATRO SOMBRAS,              and adaptations of short stories and novels by Isaac Asimov, and short stories of S.F. in both black and white and in color.

For all this work I receive numerous national and international awards and my work is exhibited in shows and salons of the speciality, as well as references in major Graphic Arts encyclopedias such as CONTEMPORARY GRAPHIC ARTIST'S, by Maurice Horn, Detroit, USA., DICTIONARY OF COMIC, by Claude Moliterni, Larousse, France, etc.

Until 1989 when I leave the graphic art for painting, I create a 12 stories series called ZODIACO, two albums of the S. F. character ARGON el Salvaje, and S.F. short stories, religious biographies, and numerous children and youth illustrations in full color for the U.S.

In my pictorial stage I have made ​​over 100 collective and individual exhibitions in major venues in Spain and abroad, and some of my works appear in major collections in the USA, Saudi Arabia, Japan, etc. It is said that my work as a portraitist is significant, as I've painted important figures of the social, biusiness and culture world, among which I would highlight HRM JUAN CARLOS, Don J. COSTAFREDA( Donut, Panrico), Don BALTASAR AZNAR (Metro 3), Don VICENTE GRANDE, Don LUIS DEL OLMO, Don TERENCI MOIX, Doña MARIA TERESA CAMPOS, Don RAMON J. MARQUEZ, "RAMONCIN" etc.

I was selected to create the poster for the VOLTA Ciclista a Cataluña 2002, adding my name to the long list of prestigious artists who had done it previously, JOSE SEGRELLES, JOAN MIRO, ANTONI TAPIES, MONTSERRAT GUDIOL, JAVIER MARISCAL, MIQUEL BARCELÓ, etc.

Comments on my artistic work is reflected in major dictionaries of Spain and Catalonia. For more information I recommend the book MEMORIAS ILUSTRADAS by the publisher GLENAT, Spain, or request me a full biography.